Citrix XenApp 6.5 pass-through authentication through Web Interface prompts for log in credentials when you launch a published application

You’ve followed Citrix’s documentation to configure pass-through authentication but while it works through the Web Interface login page, you find that you are continuously promoted for credentials via the XenApp 6.5 server’s Windows 2008 R2 login screen whenever you try to launch an application: 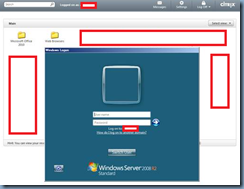 You’re sure that you have the configuration in place.

Note that there are probably various causes for this but one of the common causes is having the wrong plug-in and for the purpose of this example, the workstation being used to access the published XenApp applications has the incorrect Citrix Receiver.  There are actually 2 Citrix receivers that you can download:

It’s easy to overlook the 2 as the second one isn’t clearly labeled as the enterprise version.  Here are the links and the respective screenshots of the page to download them and how they look like in Programs and Features: 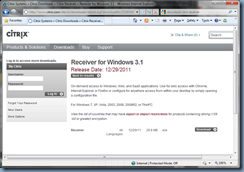 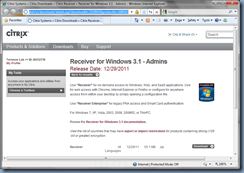 55.1MB in size and with the “- Admins” concatenation at the end of “Receiver for Windows 3.1”.  The package is also larger because it’s bundled with the regular Receiver as well:

What’s interesting is that the Enterprise version is actually smaller in size than the regular one:

Note that if you’re reinstalling the Citrix Receiver Enterprise to correct your pass-through authentication problem, make sure you reboot your workstation after the plug-in is installed because I did not see the ssonsvr.exe service listed in task manager until I rebooted the workstation: 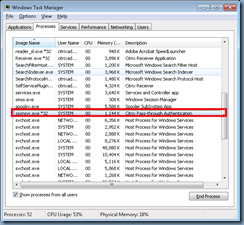 Thanks, that saved me pulling my hair out.

One other step in case this does not work completely.

I added the following lines to c:\inetpub\wwwroot\Citrix\XenApp\conf\default.ica in the WFClient section;

Very interesting thanks. I believe there's even more that could be on there! keep it up custom software development

Thanks Terence, your post solved my problem. To make it finally work I had to add the two lines suggested by Chris