I’m not sure if it’s just me but I always find it difficult to search for certain Citrix information and documentation that I’m looking for.  One of the recent searches I tried to make was the database requirements for XenApp 6.5 and XenDesktop 5.5.  After feeling unsatisfied with the information I was able to find, I took the time to document some of the database details after the install so I had something to reference in the future.  Since both products have different database requirements, I’ll separate them with the respective headings.

The difference between the XenApp and XenDesktop database is that the XenApp database requires you to manually create it and one of the first questions a DBA would ask you when you ask for a database to be created is what are the collation requirements.  The only link I was able to find while searching on the web for XenApp database requirements was the following link: http://support.citrix.com/proddocs/topic/xenapp65-w2k8/ps-system-requirements-w2k8-xa65.html which while mentioned the databases XenApp 6.5 supported, it did not mention anything about the collation.  I’m sure this information is probably somewhere but since I wasn’t able to find it, I simply went on one of the XenApp labs I still had access to and checked the collation which turned out to be: SQL_Latin1_General_CP1_CI_AS.

After getting the new XenApp 6.5 farm up, I went ahead and did the screenshots so that I would have something to reference to in the future:

**I think it’s worth mentioning that the XenApp farm database didn’t have a whole lot of tables. 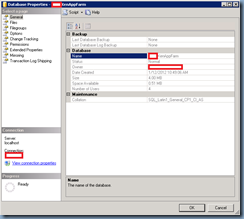 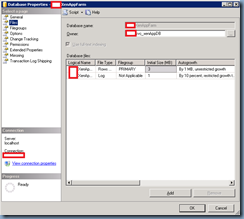 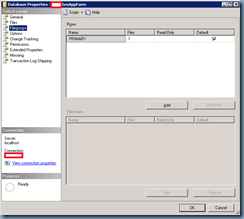 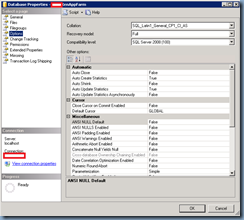 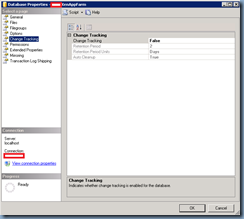 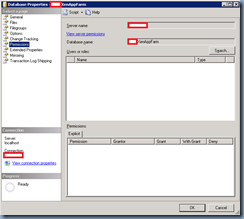 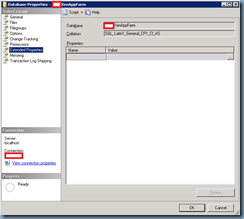 In case the person reading this blog post doesn’t know, the XenApp 6.5 database is accessed by the XenApp servers via a service account which means you will need to complete the following before you begin installing XenApp:

XenDesktop 5.5, surprisingly is different than XenApp 6.5 and I’ll talk about it below. 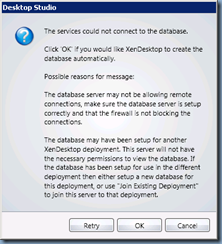 I usually prefer the to use the latter method but have had to use the script in some environments where the organization had strict policies on who and what process can touch the database.

Unlike the XenApp 6.5 link, the following link: http://support.citrix.com/article/CTX127998

… for XenDesktop 5.5. does talk about collation and it states the following:

Though the documentation does tell you the type of collation the database should be, I didn’t find it too useful because the script that the XenDesktop installation wizard would have been able to provide that information and I could have found out if I were to simply use the installation wizard to create the database.  In any case, I went ahead and did a few screenshots of the database for future reference.

Note: What’s worth mentioning is that unlike the XenApp 6.5 database, the XenDesktop 5.5, and 5.0 as well, does not use a service account to access the database.  What we see in the following screenshot is that the computer accounts of the XenDesktop DDCs actually get added into the Security users list. 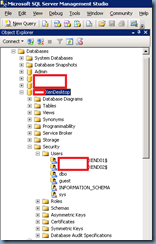 It’s also worth mentioning that there are a lot more tables in the XenDesktop 5.5 database than there was in the XenApp 6.5 database: 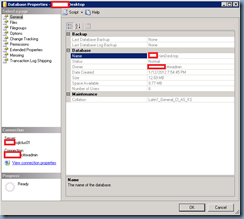 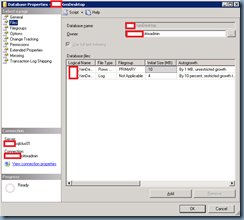 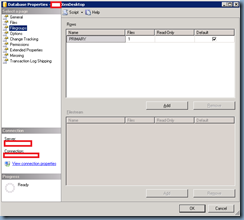 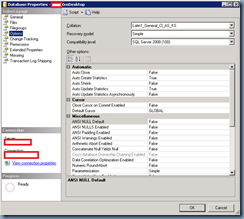 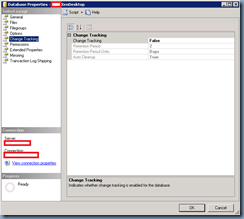 The following are the permissions to the database for the DDCs: 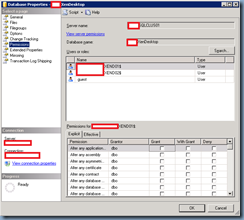 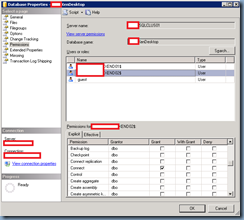 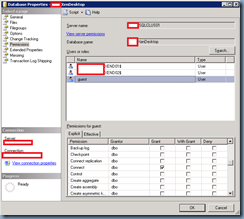 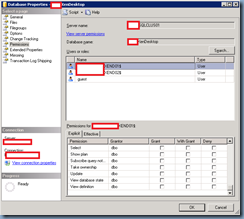 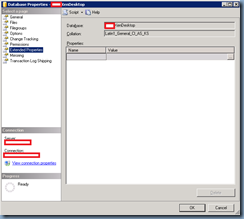 I never made direct comparisons between XenDesktop 5.0 and 5.5 but since I had access to another environment with 5.0, I logged in and did some screenshots as well.  I believe they’re probably the same since there’s actually a direct upgrade path from 5.0 to 5.5 through an installation package: 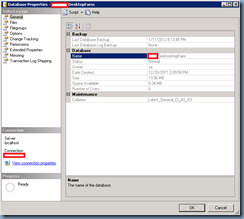 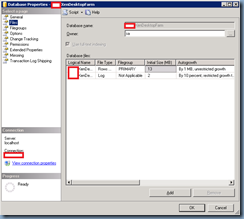 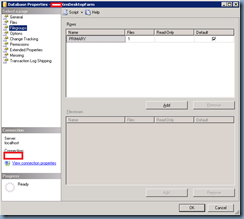 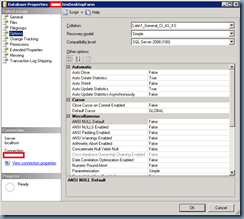 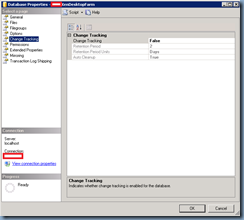 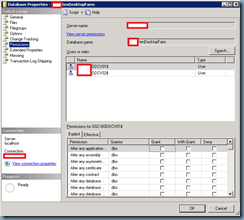 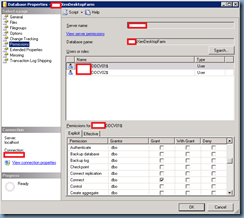 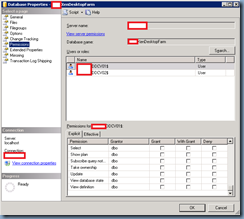 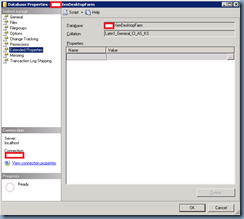