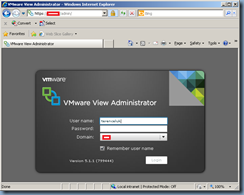 The first issue I had was with the 5.1.1 View Agent that caused ThinPrint to crash:

VMware View 5.1.1 printer redirection with ThinPrint no longer works after upgrade from 5.0
http://terenceluk.blogspot.com/2012/12/vmware-view-511-printer-redirection.html

… and more recently, I noticed that USB redirection no longer worked for certain pools:

USB redirection is not available

The difficulty with troubleshooting this issue was that only certain pools had this issue and there was absolutely no correlation between the automated and manual pools that worked and the pools that didn’t work.  After testing with RDP & PCoIP, reinstalling the VMware View Agent (5.1.2 and 5.1.1) and VMware tools numerous times and using different VMware View Clients without any luck, I went ahead and opened up a ticket with VMware.  The support engineer had me do the most of the same tasks I’ve tried and then began to try reverting back to previous agents which I’ve tried but we noticed that while 5.1.2 and 5.1.1:

The engineer could not explain why this was the case other than suggesting that there was something wrong with the Windows operating system.  What’s strange is that the templates for all of the pools were derived from the same original build.  I have yet to figure out how to get the problematic pools to work with the newer agent but have accepted that I may need to replace the master images for them.

I am having the same issue - with the same versions of View.

Did you find a fix for this?

I ended up using the older View 5.0.1 agent to get USB working again for the problematic pool. The engineer I worked with at VMware believes it has something to do with the operating system or applications on the VDI and while I don't agree with him, I didn't think we would get too far so I closed the case.

I just opened a case with them and I'm pointing to your blog so we don't do the same steps.

If I have an update, I'll post it here.

I was able to resolve the issue.