Ran into an interesting issue yesterday while disabling the feature where contacts added to the Lync client were automatically added to the user’s Outlook contacts as well.  As most Lync administrators would know, all we really need to do is determine which policy the user or users are on, then use the Set-CsClientPolicy cmdlet (http://technet.microsoft.com/en-us/library/gg398300.aspx) to set the EnableExchangeContactSync to false: 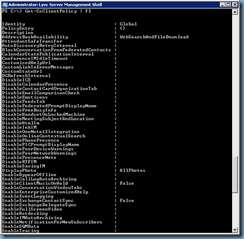 I’ve done this in the past and never had any issues with it but noticed that even after the change, the Outlook contacts were still being added automatically. I proceeded to check the obvious settings such as the the policy my account was in and ensured that the Lync client version was at the latest version: 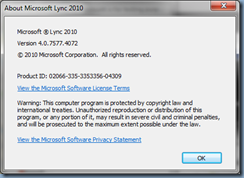 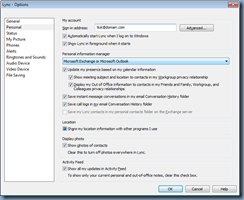 … so that the following KB did not apply to my situation: http://support.microsoft.com/kb/2670326, then did some searches on the internet but wasn’t able to find any additional information on the issue.  I’m not sure how I got the following idea as it was totally by chance but after giving this a bit more thought, I realized that I might also be logged into a Lync client on a server so I started checking a few servers I did testing on and finally found that I was indeed logged on from another server and that the server had an older Lync client: 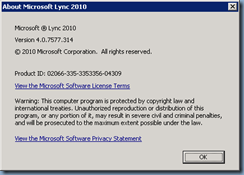 This version was one of the old ones that was affected by the KB article I included above so as soon as I logged off of the older client, the contacts from my Lync client stopped syncing with my Outlook.