I’ve been asked a few times as to what was the best way to adjust a VMware View linked-clone pool’s virtual desktops’ memory and I have to admit that I never really tested all the possible ways so I’ve always suggested people to edit the master image’s memory and then recompose the pool with a new snapshot.  Since I had to do some maintenance on an environment that is over the N+1 capacity today (I’m going to lower the memory on the virtual desktops to bring it back to N+1), I thought I’d try out different operations to see what would happen and what I discovered was that the way I’ve been doing it appears to be the only way that reconfigures the linked-clones. 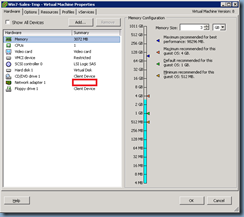 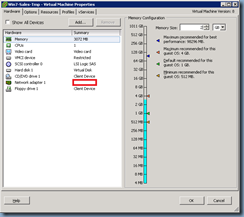 Create a new snapshot for the master image: 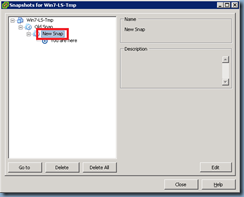 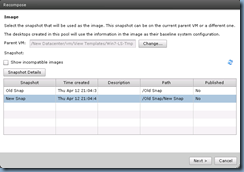 An alternative way of doing this is to manually shut down the virtual desktops and adjust the memory but if you opt to do it this way, it’s important that you update the master image’s memory and snapshot it again with the new settings.