Why can’t I add or edit the “Archiving Policy” and “Archiving Configuration” settings in Microsoft Lync Server 2010 Control Panel?

I got a call today from an colleague asking me why he wasn’t able to add or edit Archiving Policy: 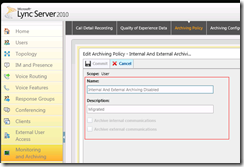 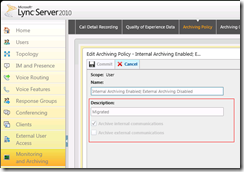 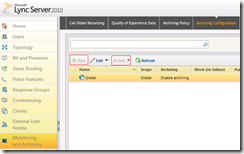 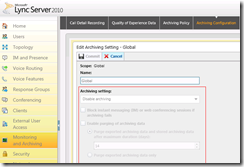 … settings in Microsoft Lync Server 2010 Control Panel because all of them were grayed out.  I was told that he’s done some searching already but couldn’t find any information as to why.  When I got him to initiate a desktop share, the first thing I looked at was his topology and then the services on the archiving server but all of them looked fine.  Seeing how there wasn’t any obvious issues with the environment, I asked him whether he was using an account with sufficient permissions.  This is what I ended up sending him: 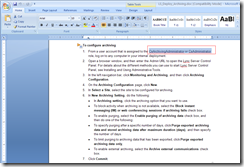 As stated in the document, I wanted him to check to see if he was even a part of the CsArchivingAdministrator or CsAdministrator groups and as obvious as it may seem, he ended up realizing he wasn’t in either group.  Once he added himself into the groups (either one would have worked), he was now able to edit the settings. 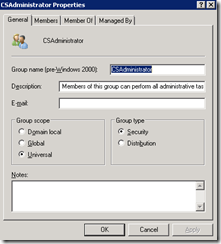 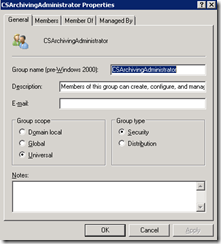 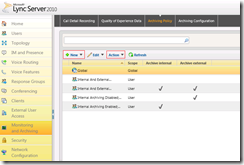 Sometimes the solution is the simplest setting we tend to miss.