Information about the environment:

You’ve recently performed maintenance for your virtualized environment where the hosts and SAN were taken down and you immediately noticed that various virtual machines were displaying red alerts even though navigating into the Alarms tab does not show any alerts:

I’m not sure if this is a bug in the vCenter and ESXi hosts build for the environment I was working on but this happened after performing a major infrastructure upgrade where all of the ESXi hosts and SAN was shutdown, and I believe the hosts were brought up before the SAN was available.  The first thing I tried was to restart vCenter which didn’t help but proceeding to vMotion the VMs across hosts appear to remove the phantom alerts: 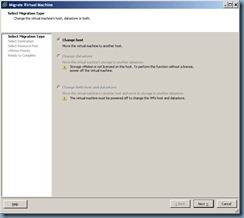 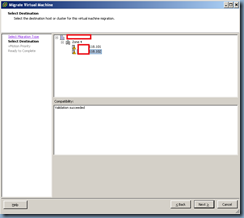 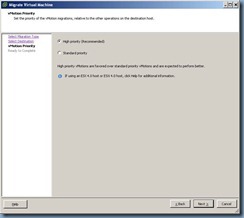 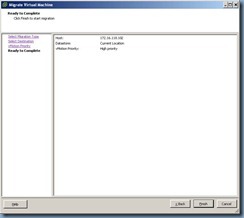 Note the migration of the -vts server: 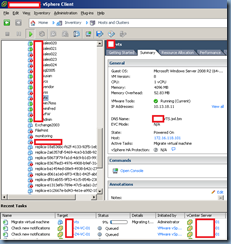 Once the migration completed, the alert was removed: 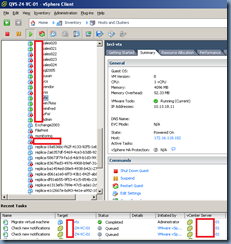 What I ended up doing for the rest of the VMs with phantom alerts was to sort them by the Status tab then vMotion them in bulk: