I’ve been meaning to get the posts for updating Cisco UCS C-Series server firmware with:

To start off, you’ll need to go to the Cisco download site to download the Server Configuration Utility :http://www.cisco.com/cisco/software/navigator.html?i=!ch

The package I’ll be using for this example is ucs-cxx-scu-2.0.1.iso.  It’s a pretty big package and at 690MB, it’ll take a while to download:

Once you’ve downloaded the package, you can either burn the ISO to a CD or simply mount it via the virtual drive (make sure you enable Legacy USB Support).  Once you’ve successfully booted from this package, you’ll see the following screens: 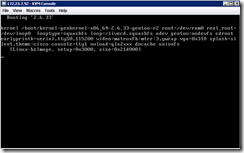 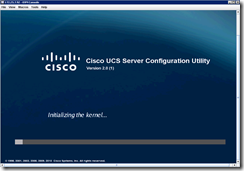 If you’ve mounted the ISO as I did for this example, depending on the network speed, it may take some time because the initialization doesn’t complete until you have uploaded 155.144MB to the server to load the kernel:

Once the EULA shows up, proceed with agreeing to it: 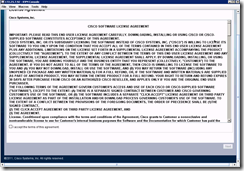 For those who are familiar with HP SmartStart, you’ll see basically the same type of utility where you can do a number of things with the server such as reviewing server information, test components, server health, configure RAID set, updating firmware and many others: 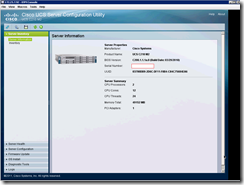 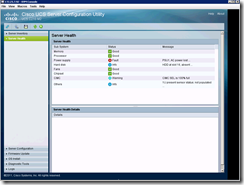 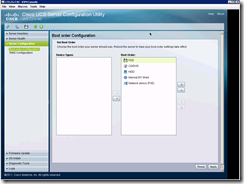 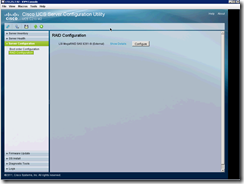 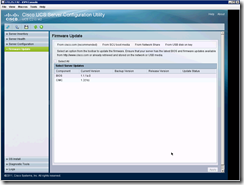 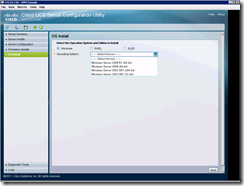 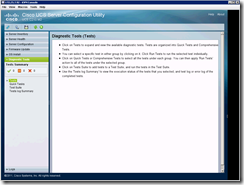 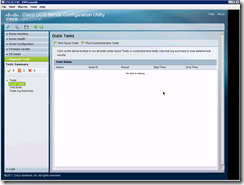 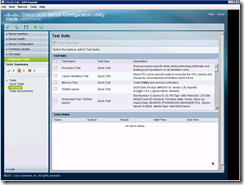 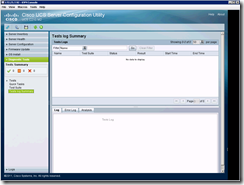 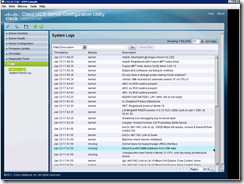 For the purpose of this example, we’ll be working with the following firmware screen.  Note that you have multiple options of obtaining the firmware: 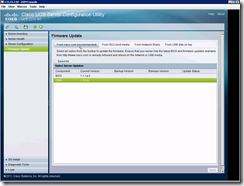 We’ll use the option From cisco.com (recommended) so continue by clicking on that button and you’ll be presented with the following screen.  If you don’t have a DHCP server handing out IPs, you’ll need to configure a static IP.  Also note that you’ll need an account to download the firmware: 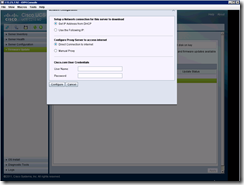 Once you’ve entered the information, the Server Configuration Utility will begin fetching the firmware: 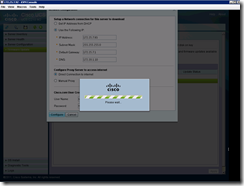 Once the firmware has been fetched, you’ll see the options available: 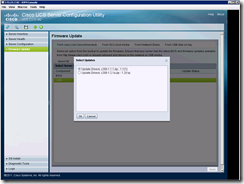 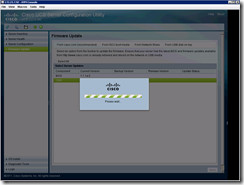 Once the firmware has been downloaded, you can proceed with selecting the components and then applying the firmware to them: 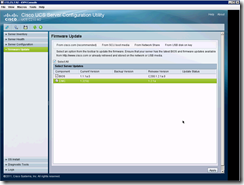 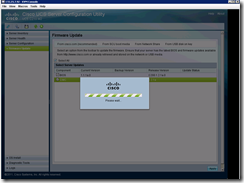 Upon completion, you’ll see the following message about restarting the server: 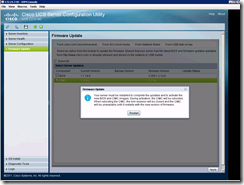 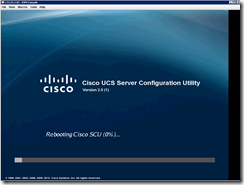 Once the server completes the reboot, your firmware will be updated.  One of the notes I’d like to mention here is that the firmware listed by the Server Configuration Utility was older than the one available through Server Standalone Host Utilities so if you were to ask me what I’d use in the future, I’d prefer to use the Server Standalone Host Utilities as it’s smaller and also contains the latest package.