Lately, I’ve been asked quite a few times about how to handle coexistence between Lync Server 2010 and OCS 2007 R2 for automatic sign-on when you’re deploying Lync Server 2010 in parallel with your legacy OCS 2007 R2 environment.  I haven’t seen it clearly stated in the documentation though I believe it’s there but probably buried deep in all the other information available to the public.  To answer the question, once you’ve deployed Lync Server 2010 in parallel to your OCS 2007 R2 environment, you shouldn’t have to modify your internal SRV records to point to the new pool because if a Lync user attempts to use Automatic configuration to sign into their account and ends up at the OCS 2007 R2 pool, they’ll be redirected to the new Lync pool.  The same goes for the other way around if an OCS 2007 R2 user uses automatic configuration to sign into their account and ends up at the Lync Server 2010 pool, they’ll get redirected to the legacy pool.  Here’s what I mean: 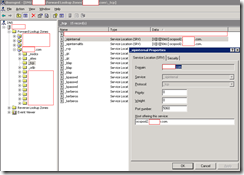 Whether you use Automatic configuration for your Lync client: 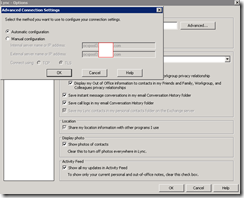 Or Manual configuration pointing to the new pool (ocspool3.domain.com is the Lync pool): 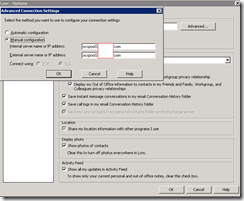 … you should be able to sign in.  The same goes for your MOC client.