It’s been a week since I had the chance to go back to the Lync Server 2010 environment I was testing with earlier this month and as I continued the deployment after going through the uninstall, I came across an interesting problem which I think deserves a post:

So you’ve managed to uninstall Microsoft Lync Server 2010 from your environment (http://terenceluk.blogspot.com/2011/01/step-by-step-instructions-for.html) and would like to redeploy it in parallel with your OCS 2007 R2 infrastructure but as you proceed with merging the topology, you notice that when you continue with Step 4 on page 57 from the LS_Migrate_OCS2007_R2.doc migration guide, the option of assigning an edge server for the Site federation route assignment is grayed out. 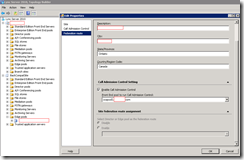 As outlined in the document, one of the reasons why this section may be grayed out is because:

However, you know that when you performed the merge topology action, the legacy edge server was listed: 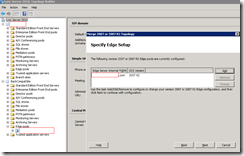 When I ran into this problem, the first thing I thought of was to just remove and re-add the edge server through the merge topology action.  I went ahead and fired up the Merge 2007 or 2007 R2 Topology wizard: Removed the reference to the legacy edge server: 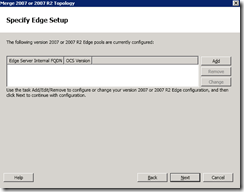 Continued with the wizard but then noticed that the merge of the topology fails:

Total number of errors is 1

Total number of warnings is 1

Check for errors, warnings, and details in the log file at the following location: "C:\Users\tluk\AppData\Local\Temp\TopologyBuilder\2011_01_21_19_39_04\MergeTopologyInvoke.log" 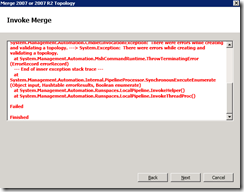 Since the publishing of the topology fails, the reference to the edge server continues to exist in the topology.

The solution was actually to run the merge topology wizard a bit differently: 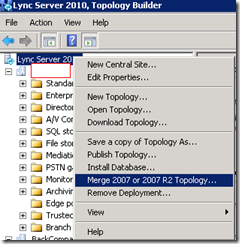 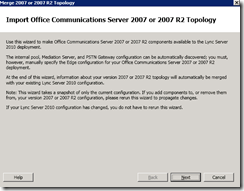 What you should do is to select the edge server and select Change: 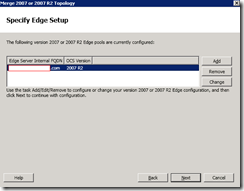 Proceed with the wizard as you did before: 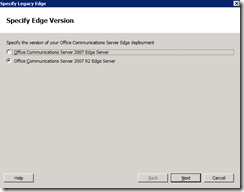 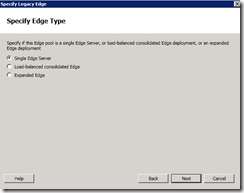 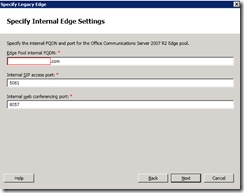 The key is this window here where you’ll notice that the option This Edge pool is used for federation and public IM connectivity is not selected: Simply check the checkbox and proceed with the wizard: 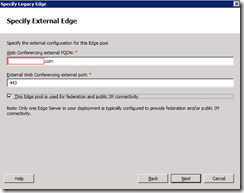 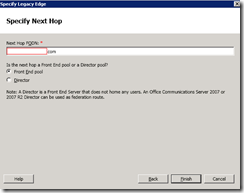 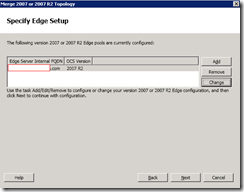 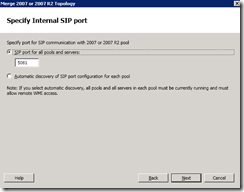 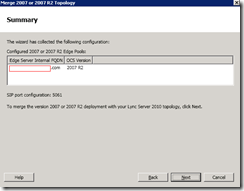 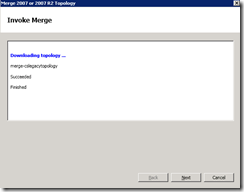 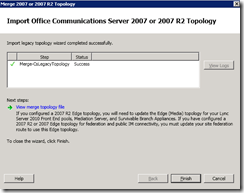 Once the merging of the topologies succeeds, navigate back to the site, choose Edit Properties: 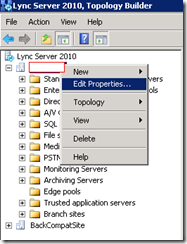 … and now you’ll notice that the Site federation route assignment is no longer grayed out: 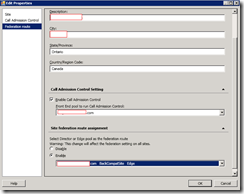