We have a client that recently upgraded their old Citrix server to the latest XenApp 6 and have published Microsoft OCS 2007 Office Communicator to get an idea how well XenApp 6 can publish this application.  I don’t have a lot of details as to what works and what doesn’t as I wasn’t able to do any thorough testing with the client because we were troubleshooting something else but I’d have to say it was pretty cool to see the published MOC launch. 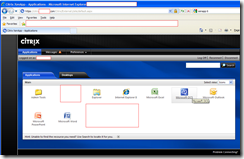 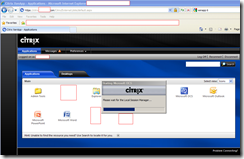 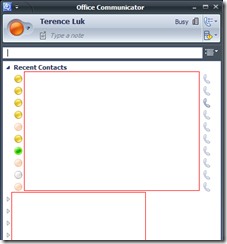 What I was able to test were:

One of the strange things I noticed was that if I hover over the window’s item in the taskbar, I would see “?????” beside the other person’s name.

I also took the time to ask the client if Citrix actually says MOC is supported and he said:

“Sales pitch says it is but the local client has to be version 12 or higher for the multimedia/sound to work.  There’s also a bug in the client with sound because it only uses the Windows’ local default sound devices and therefore isn’t all that useful when you have multiple devices such as a headset or speaker phone.”