Installing SQL Server 2008 R2 Management Tools fails with the error: “Another version of Microsoft Visual Studio 2008 has been detected on this system that must be updated to SP1. Please update all Visual Studio 2008 installation to SP1 level, by visiting Microsoft Update.”

You attempt to install SQL Server 2008 R2 Management Tools on a server or desktop: 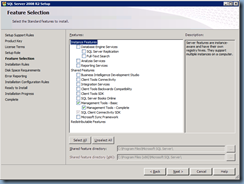 but notice that it fails with the error:

Your SQL Server 2008 R2 setup operation has been cancelled. 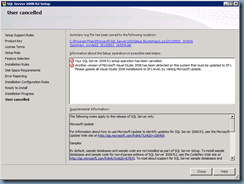 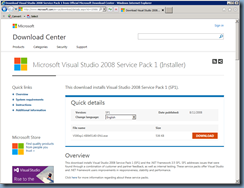 … but when running the install throws the following error:

Setup has detected that this computer does not meet the requirements to install this update. The following flocking issues must be resolved before you can install Microsoft Visual Studio 2008 SP1 software update. 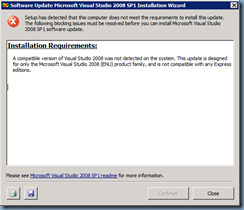 This probably was a difficult one to resolve as it took me quite a bit of searching to find a solution and the time it took to find an answer is why I choose to write this post in hopes that I could help someone who may experience the same problem.  What ended up working for me was instructions a user posted in the following thread:

I went ahead and located the SP and SPIndex REG_DWORD attributes in the following registry keys: 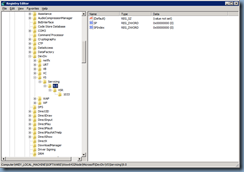 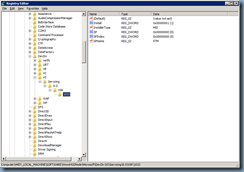 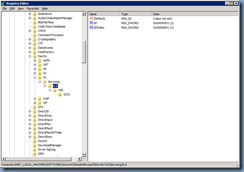 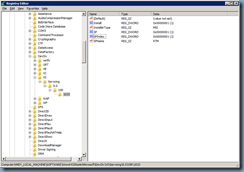 The user also suggested to change SPName REG_SZ to RTM but I did not have to do this as the install successfully completed with the previous changes: 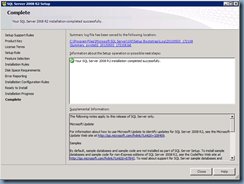 Thanks to you (and ericmar) I only lost half a day. You can also see this link http://social.msdn.microsoft.com/Forums/sqlserver/en-US/baf09c3f-be97-4bc8-b6d7-bdeea2e3719e/sql-server-2008-r2-management-studio-install-fails-telling-me-to-install-visual-studio-2008-sp1?forum=sqlsetupandupgrade

Thak you very much, you saved some people with this.

Your post saved me, I spent a day to figure it out! Thank you so much. Thank you

what is a digital signature said...

I have learned so much from your post. I would definitely bookmark your site to be updated with your upcoming articles. Great job! So much information.