Start off by identifying an account that has permissions to all of the public folders in the Exchange 2003 organization and locate the account’s store.

Open up the store’s properties and change the Default public folder database to point to the Exchange 2003 server: 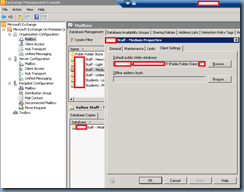 Force replication once you’ve made the public folder store change by executing: 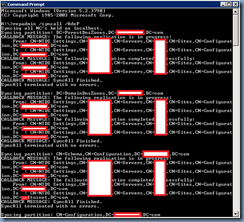 Review and ensure that there are no errors from the forced replication and open Outlook with the account that has full permissions to all of the folders in the Public Folders store: 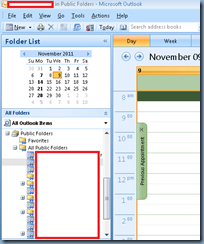 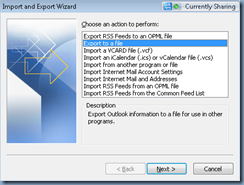 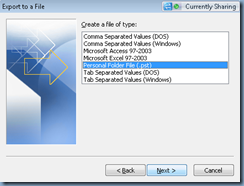 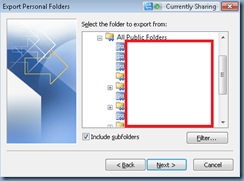 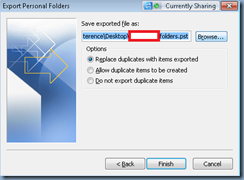 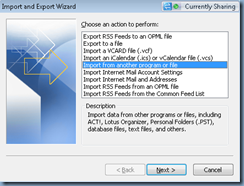 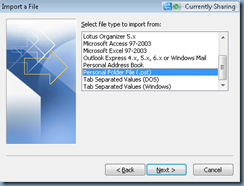 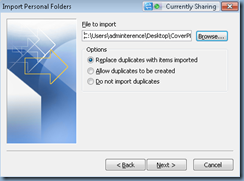 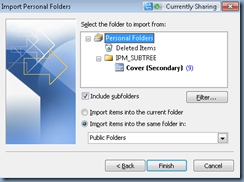 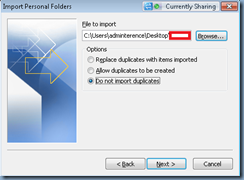 Once the PST has been re-imported, proceed with dismounting the information store you imported into:

… and to be absolutely sure the changes have been applied, you can also restart the Microsoft Exchange Information Store service:

Email ThisBlogThis!Share to TwitterShare to FacebookShare to Pinterest
Labels: Exchange 2010

Great post.
you can also use ExFolders and PFDAVAdmin for migrating Public Folders permissions.

A PST file is a personal folder file in Microsoft Outlook. The PST file is part of each and every version of Microsoft outlook. Without this file, Outlook would give an error and shut down. Thanks for sharing it......

Thanks for sharing informative article and command "repadmin /syncall /AdeP", which helps to transfer exchange 2003 public folder data to exchange 2010 by using Outlook pst file. But sometime exchange EDB file got corrupted during the manual conversion. So i would like to suggest a converter Stellar Phoenix EDB to PST, Software convert all edb file and folder data into Outlook PST file format without any loss of original data.

The tips and instructions presented for us are good and i like the style of post. There is outlook and other type of recovery software which do different tasks in different situation.
hard drive recovery

One of the most globally used edb to pst converter software which is used and recommended by most of technician. Easy to Use and perform conversion process with in few minutes. We recommended to use the free trial version first. In trial version you can see the preview of converted mailboxes.
http://www.recoverydeletedfiles.com/exchange-server-edb-recovery.html

Once I was also involved in exchange 2003 to 2010 migration process , and while exporting public folders , I followed each and every step given in the manual guide - created connectors to each server, replicated PF hierarchy, selected "Move all Replicas" on the 2003 server to the 2010 server, but didn't get success. Also tried migrating public folder using Exchange 2003 System Manager Console – that also didn't worked. Then I was recommended an automated solution, Stellar EDB to PST converter which finally helped me getting out of this crisis, using Stellar I successfully migrated most of my mailboxes from Exchange 2003 to 2013 environment in timely manner without causing any server downtime.

ReliefJet Essentials for Outlook Professional does the job flawless: works from command line, scripts and scheduler.

I’m flattened for your blogs writings and blogs as well. ELO Boosting

Info is out of this world, I would bang to see more from your writers. wordpress themes

Very Nice article as you have displayed with the help of Step wise images. But there is another way for migrating Public folders, CMDLET commands could be used too for the same purpose. New-MailboxExportReques Could be used for exporting the mailbox and New-MailboxImportRequest could be used for importing the mailboxes into another Exchange Server.
There are some tools too, which are available for same purpose in market. This is the best and easiest way for migration. Just run the Exchange Export tool to export from older server and again run Exchange import tool to import PST files to the new server.