As with my previous post, I had to document a recent vSphere 5 install and since I already have the screenshots, I figure I’ll take the time to write this post to show what an install of VMware Update Manager 5.0 on a Windows Server 2008 R2 looks like. 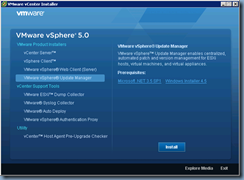 The installer will launch:

Proceed going through the wizard: 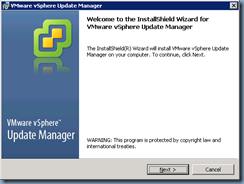 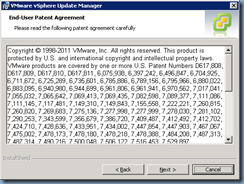 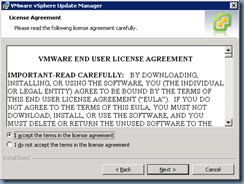 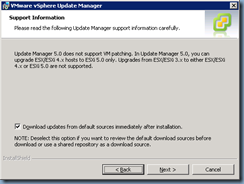 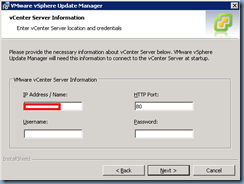 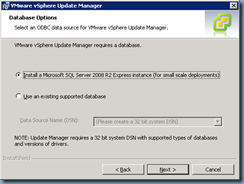 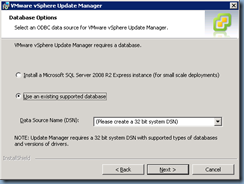 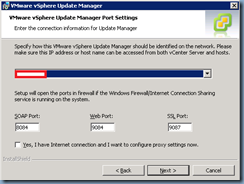 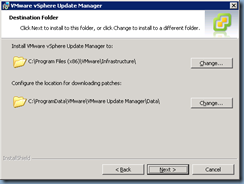 If you’re install Update Manager on a drive with less than 120GB, you’ll be prompted with the following warning: 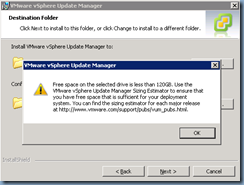 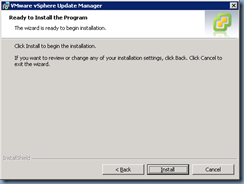 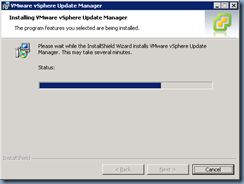 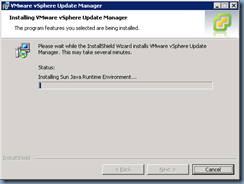 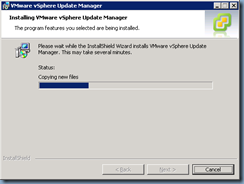 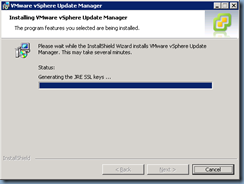 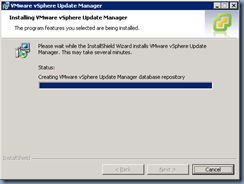 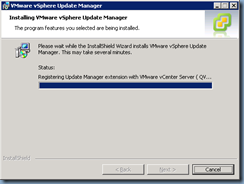 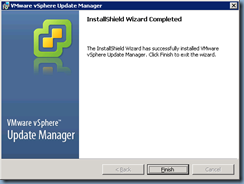