You have a user who is enabled for Enterprise Voice in a Lync Server 2013 environment that had no issues placing and receiving calls but recently noticed that users attempting to call them is now receiving a fast busy with the error message: 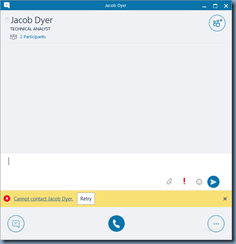 Running a trace with Snooper on the server shows that a SIP/2.0 485 Ambiguous error is logged during the failed call:

One of the reasons why this user would experience issues with inbound calls is if someone had recently created an account that uses the same number but with a different extension for their Line URI field.  To troubleshoot this, launch the Lync Server 2013 Control Panel and search for users with the problematic user’s number but without the extension.

For this example, the problematic user’s Line URI field is configured as such:

With the above information, add a Line URI filter configured to contain the string: 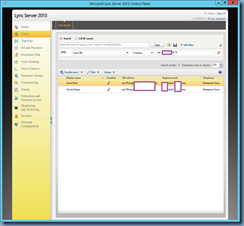 As shown in the screenshot above, two users have been returned.

User B’s Line URI was meant to be:

… and because of the slight typo shown above, the Control Panel allowed the configuration to be made since the strings were unique but a call could not be routed properly because there were 2 matches to the number even though the extensions were different. 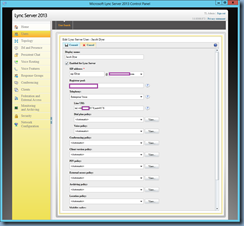 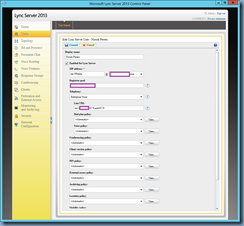 BlueHost is one of the best hosting company for any hosting plans you might need.