Lync 2013 client prompts the message: “You have the newer version of Lync called Skype for Business…”

I’ve recently received a lot of emails from clients and colleagues about a message prompt that they’ve been receiving on their Lync 2013 clients shown in the following screenshots: 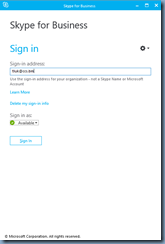 You have the newer version of Lync called Skype for Business. However, your admin would like you to use Lync or it’s the only version your server supports.  Please restart now to use Lync. 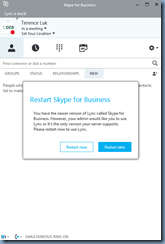 The reason why this message is presented is because the April 14th, 2015 updates for the Lync 2013 client contains the Skype for Business client and if you’ve installed this update then this message will be presented upon the first time Lync 2013 is launched.

Most of my clients prefer not to switch to the new client as it will likely generate unnecessary calls to helpdesk so to remove the prompt as shown in the above screenshot, simply use the registry key edits as shown in the following Microsoft Office article to disable it:

Switching between the Skype for Business and the Lync client user interfaces
https://support.office.com/en-in/article/Switching-between-the-Skype-for-Business-and-the-Lync-client-user-interfaces-a2394a4c-7522-484c-a047-7b3289742be0

In the event that you would like to enable the Skype for Business interface, you’ll need to install the February 2015 or later updates such as May 2015 onto your Lync Front-End servers, then set the EnableSkypeUI variable to True as shown here: 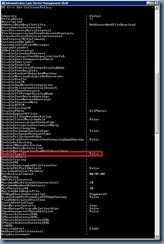 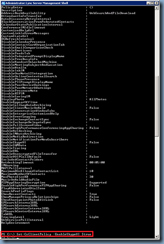 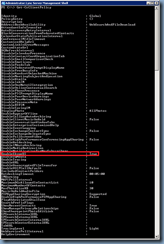 **Note that this enables the Skype UI globally but you can also enable it on per policy or per user basis.

Now when users launch the Skype for Business client, they will no longer be prompted with the message and will be brought straight into the Skype interface: 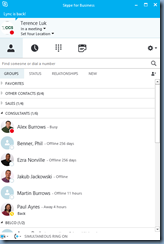 Note that the new client also bundles a tutorial upon launch and it could also be disabled via registry keys as demonstrated in the Microsoft Office article included above.