A colleague of mine recently called me during a P2V operation using the VMware Standalone Converter on an older Dell Tower with Windows 2003 SBS server.  He noticed that the cloning process would briefly start and then fail within 10 minutes with the following error: 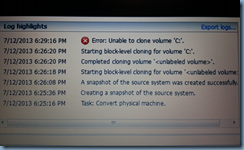 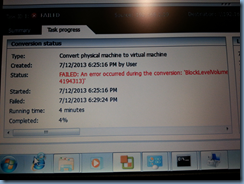 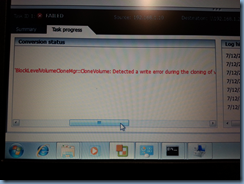 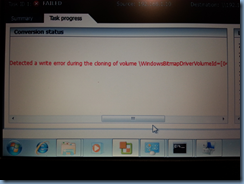 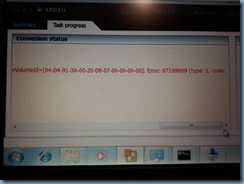 Seeing how the error message was seemingly referencing a bad block on the C drive, I asked him to run a chkdsk /f on the C (note that running a chkdsk on a system drive requires a reboot) as well as any other data drives that were on the server.  My colleague went ahead and ran chkdsk on all of the drives and while some errors were detected and were fixed, the cloning would continue to fail.

After giving it a bit of thought, I asked if he had stopped all of the services (i.e. databases, Exchange, backup agents) on the SBS server prior to launching the cloning operation and the answer was no so I told him to proceed to do so and he was then able to successfully convert the SBS server to a virtual machine: 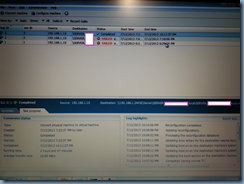 While I can’t really say what service caused the issue, I hope this post will help anyone running into the same issue as I found very little information when trying to search for the error on the internet.

Good one, which is overlooked in help I guess.


Better to convert with minimum services running inclusive of networking.