You have a virtual machine in your vSphere environment that you would like to expand one of the hard disks but as you browse to the hard disk that needs to get expanded, you see that it is locked:

You’ve checked to confirm that there are no snapshots on the virtual machine: 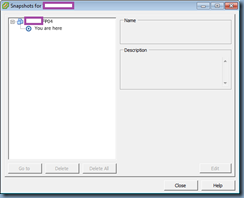 Reviewing the files for the virtual machine show that there are CTK files for the disks that are locked and unable to be expanded in capacity:

Reviewing the disk for the VM in the vSphere Web Client displays the same behavior: 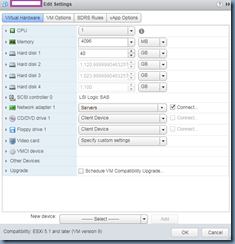 Shutting down and reviewing the VM’s summary tab indicate that the disks need to be consolidated: 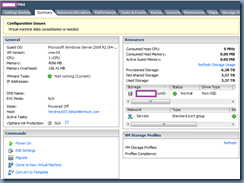 Attempting to consolidate the disks throws the following error:

See the error stack for details on the cause of this problem. 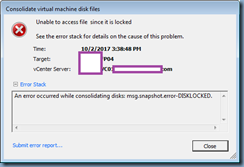 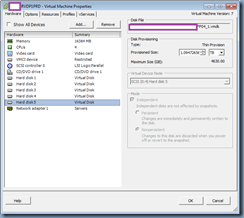 You can verify the disks that belong to the VDR appliance by reviewing the administration console as such: 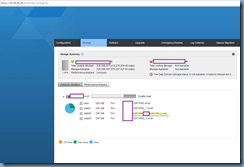 To correct the problem, simply remove the disk from the VDP appliance and select the Remove from virtual machine when prompted with the Removal Options (this does not delete the disk): 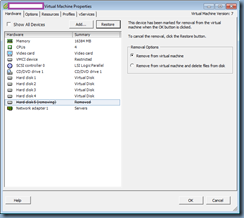 Note that the disk will still be locked at this point: 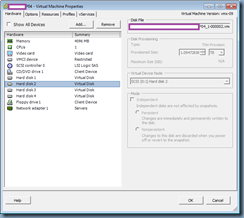 Proceed to consolidate the disks:

The disk should be unlocked once the consolidation task completes.

Posted by Terence Luk at 2:16 PM No comments:

One of the possible causes of this error message is if you have incorrect or have not configured any STA (Secure Ticket Authority) on your NetScalers.  Navigate to NetScaler Gateway > Virtual Servers, open the properties of the virtual server, scroll down to Published Applications and ensure STA Servers are configured:

You attempt to run Windows updates on a Windows 7 desktop but notice that it fails with the following message:

Windows could not search for new updates

An error occurred while checking for new updates for your computer. 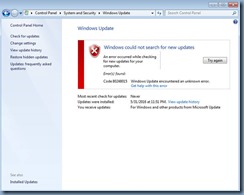 One of the ways to correct this issue is to navigate to the Windows directory and rename the SoftwareDistribution folder so that it would get recreated. 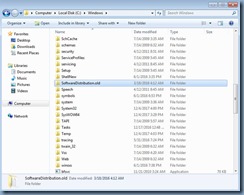 Restart the desktop once the folder has been renamed and Windows update should now work as expected: 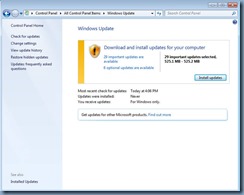 Posted by Terence Luk at 2:35 PM No comments: