Remote Desktop Services will stop working in xx days. On the RD Connection Broker server, use Server Manager to specify the Remote Desktop licensing mode and the license server.

Windows Server 2008 R2 doesn’t have this problem because is a Remote Desktop Session Host Configuration console is included during the install of the RDS services: 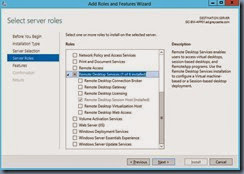 … does not include any graphical consoles:

The only way to get a graphical user interface to configure the licensing server is to actually install the Remote Desktop Connection Broker: 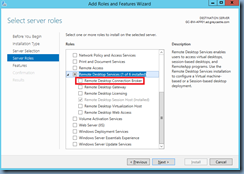 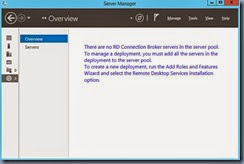 I’ve always been reluctant to install additional components on Citrix servers so get around this issue, I use an Active Directory Group Policy to configure these settings as shown in the following TechNet article:

The GPO configuration setting is located at the following path: 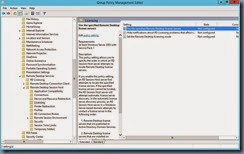 Once the policy has been applied to the servers, you can confirm that the licensing server has been set by either logging onto another server with the RD Licensing Diagnoser installed to connect over:

Or alternatively navigate to the following registry key on the server:

Note the configuration settings for: 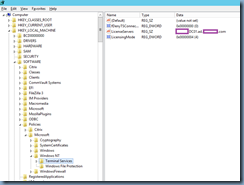 Thanks mate - began to pull my hair out at this issue; your article was straight to the point

Thanks you for your time and writing this blog. I was so frustrated because of this. Ahh Microsoft.

Excellent!
I had to delet the timebomb in registry
HKEY_LOCAL_MACHINE\SYSTEM\CurrentControlSet\Control\Terminal Server\RCM\GracePeriod
and restart the terminal server since the grace period was passed.

Thank you so much.. I was struggling to figure out how to set this up...

Thank you SOOOOO much - spend hours looking around and couldn't figure out why it wouldn't assign the licenses.

1.000.000 Thanks
You saved the day.
My problem had nothing to do with XEnApp, but your input really save me.
Remote Desktop Service License sucks...

Great, this fixed my problem.
Manny thanks...

It worked! Thanks a lot, I was struggling for almost 6 months with that!

Thanks for sharing such beneficial information with us. Your article is really very enjoyable while reading and please keep sharing more.

We have CAL license installed on the Terminal Server but still i am getting the error. please help.

The remote session was disconnected because there are no Remote Desktop client access licenses available for this computer. Please contact the server administrator.

Thank you very much! Solved my problem where apparently the removal of the function was not enough to clean the registry

Yes Remote Desktop Services is really very good. You are describing it very easily. Its help in my work. I have an office and i am haring a service provider “Sisytech (dot) net” for maintain these entire thing. So that we work smoothly. This post also aware me about Remote Desktop. Thanks

It is possible to just install the RDSH role without installing or using a connection broker. The trick is, don’t select "Remote Desktop Services installation" when choosing the installation type in the add roles and features wizard, choose "role-based of feature-based installation".
We can do this using PowerShell (as admin)
To see the features already installed:

After the server restarts you can login by:
mstsc /v:myserver /admin

Now we need to set the licensing mode:

You need to change the "-Value" to 2 for Per Device or 4 for Per User.
Restart your server and enjoy your new RDS host without the whole infrastructure.

We have about 28 Servers which have the Above server (XXXX) configured to provide licenses for users.

The Number of concurrent users logged on is >300 and all our servers are 2012.

The number of CAL usage reported in around 75 .