It has been awhile since I’ve had to work with a XenDesktop 5.6 as most of the clients I work with have upgraded to 7 but I received a request today to look into why Direct X mode did not work for a new Google Earth Pro installed.  The client told me that they followed the instructions from one of my previous blog posts:

… but wasn’t able to get Google Earth Pro to start in Direct X mode:

The first thought that crossed my mind was that I’ve actually never configured the HDX Optimization Pack for Google Earth for Google Earth Pro so I sort of figured the instructions I had in my blog post probably wasn’t complete.  After an hour of verifying that the d3d9.dll file was copied into the folders for an Google Earth install, I discovered that the following folder also needs the file: 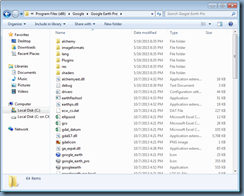 I was able to start Google Earth Pro in Direct X mode as soon as I copied the d3d9.dll file into the folder. 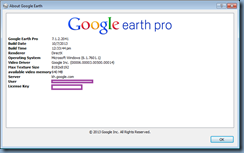 Posted by Terence Luk at 8:01 PM No comments: