Attempting to pull and image from a Wyse thin client fails with: “Copy image to USB failed Press Enter key to reboot now.”

You have the current thin client model:

You would like to pull the image after staging the thin client so you proceed to download the Wyse USB Firmware Tool from the following site: 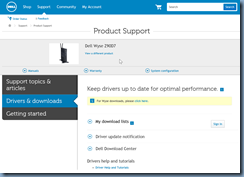 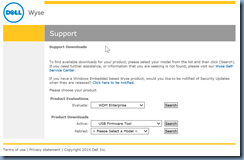 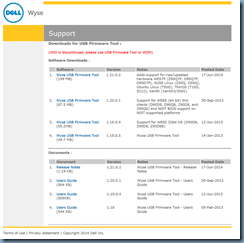 You run the Wyse USB Firmware Tool.exe to prepare the USB flash drive:

… but quickly notice that you receive the following error at the Prepare the USB drive window: 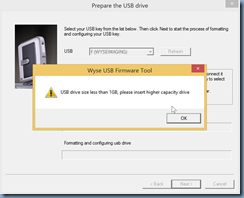 You close the application and re-launch it by choosing Run as administrator: 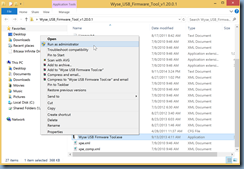 The wizard successfully passes the step you received the error: 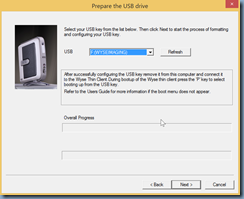 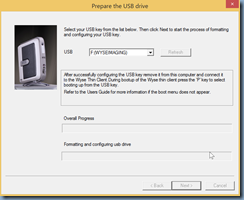 With the successfully prepared USB stick, you proceed to pull the image but notice that the process completes at 100% but quickly displays the following error:

This issue managed to get me stumped for an hour as I continued to try 4 different version of the tool without any luck until I decided to try selecting: 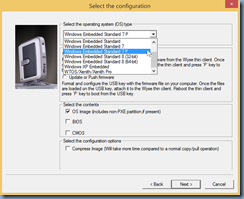 Once I selected the correct operating system, the pull operation completed successfully.  I was unable to find any material online so I hope this blog post will serve a quick answer to anyone who made the same mistake as I did.

Email ThisBlogThis!Share to TwitterShare to FacebookShare to Pinterest
Labels: Wyse

Ran into an interesting issue the other day that was easy to fix but noticed that the error message could be misleading so I thought it would be a good idea to write a blog post in case other encounter this.

You’re setting up a new Site in XenApp / XenDesktop Studio and would like the wizard to create a new database so you proceed with filling in the database server location and database name as such: 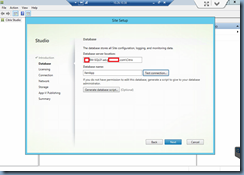 You then hit the Test connection button: 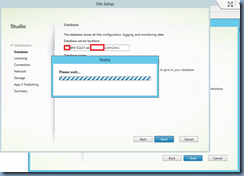 You receive the prompt:

No database was found on the database server.

Or, if you would prefer to use the database schema to create a database, click Cancel. 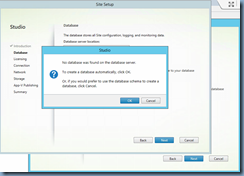 You proceed to hit OK to allow the wizard to create a new database: 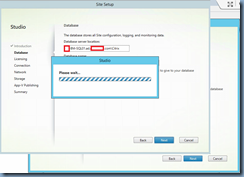 … but notice that you are prompted with the following message: 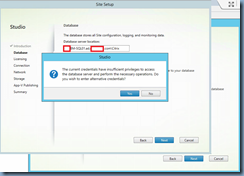 You are sure that you’ve logged onto the server to run this wizard with an account that has permissions but go ahead and type in the credentials again: 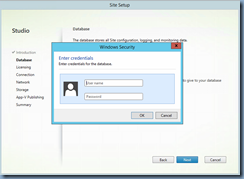 After typing the credentials and hitting the OK button, you are prompted with the same message: 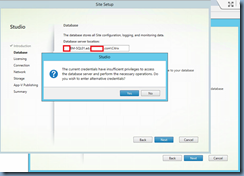 What I noticed after a bit of troubleshooting was that the firewall on the SQL server was turned on and as soon as I disabled the firewall, the wizard proceeded: 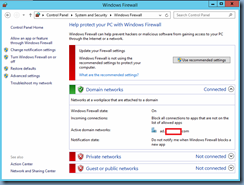 It’s definitely a bit strange that the message would indicate an issue with the account when it’s related to the firewall but I hope this post would serve up a quick answer to those who encounter this.

Posted by Terence Luk at 4:02 PM No comments:

I ran into a rather tough issue that got me stumped for a few hours and thought it’s worth blogging.  The problem is that all of a the distribution groups in an environment I’m migrating from Exchange 2007 to 2013 does not get delivered and eventually generates the following bounce back NDR:

The troubleshooting steps I’ve performed are:

Upgrade the distribution groups from Exchange 2007 to 2013 by first listing the groups’ versions with the cmdlet:

Once the above cmdlet is executed, the…

… cmdlet should now display the version as:

Upgrading the distribution groups did not appear to correct the issue so after a bit more troubleshooting, I discovered that all of the groups were still of Global type rather than Universal so I went ahead and upgraded them with:

Note that if any of the distribution groups have members or are members of Global groups then the associated groups will also need to be upgraded to Universal.

After trying the troubleshooting steps above and still encountering the same messages stuck in the queue with the message:

With the message details:

Subject: Testing123 - No need to reply 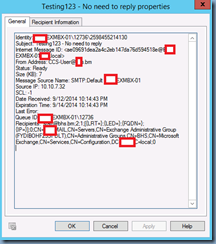 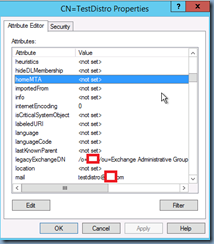 … while an old distribution group did: 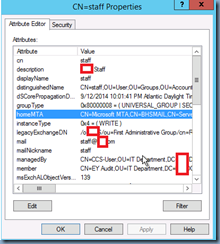 As soon as I cleared the attribute from the problematic distribution group, the messages were delivered.

Unfortunately, you would need to restart the server before you can import the Active Directory cmdlets with the following import command (I noticed that sometimes I wouldn’t need to run it yet the AD cmdlets would work):

Once you have access to the AD cmdlets, you can use the following cmdlet to clear the homeMTA attribute:

I originally thought that I could pipe the results from Get-DistributionGroup into Set-ADGroup but that doesn’t work so the way I worked around this was use:

… to get the names of all of the distribution groups in the format:

… into a text file then opened it in notepad and used a search and replace to format it properly with the Set-ADGroup cmdlet to execute.  Not exactly the most elegant solution but it works.

You’ve completed a new Exchange Server 2013 migration and began testing mobile devices such as Android and iPhone but noticed that while you are able to go through the setup, no mail is synchronized to the smart phone.  Not events are logged in the Application or System logs of the Exchange mailbox and CAS servers. Using the Microsoft Remote Connectivity Analyzer at https://testconnectivity.microsoft.com fails with the following error:

While there could be other reasons why this error would be thrown, one of the reasons is because the user account you’re trying to set up ActiveSync with does not have inheritance enabled as shown in the following screenshot:

Simply enabling inheritance and the phone should begin synchronizing email.

Posted by Terence Luk at 7:07 PM No comments: